K-beauty is Booming in India

By 2013, when the term "K-beauty" has first been appeared, export amount of the Korean cosmetics were worth around $10.45 billion (about KRW 1.15 trillion as per the current exchange rate). After six years of explosive growth, the amount of export reached $6.486.18 billion (as per the current exchange rate, around KRW $7.16 trillion) in 2019 (based on statistics from the Korea Cosmetics Industry Institute). This is more than six times bigger than six years ago.

Likewise, the export volume of Korean cosmetics which are being exported from Korea to India is increasing enormously. Today, we will learn about the K-beauty Boom, why it is gaining popularity in India, and the future trends of the Indian cosmetics market.

How popular is Korean cosmetics in India?

According to India's national imports of cosmetics (HS Code 3304.99), Korea ranks fifth ($11.544 million) after China, the United States, UK and France. The rank of Korean cosmetics imports rose from 7th place in 2017 to 5th place in 2018, and finally marked 4th place in January~March 2020. Although it has declined slightly since then due to COVID-19, it has shown a robust increase, with a 6.51% increase from January to March this year($2.5 million) compared to the same period a year earlier.

Starting with Innisfree (Amore Pacific Group), which opened a store in India in 2013, various Korean brands such as The Face Shop (LG Household Health) have entered India. These brands also sell cosmetics in offline stores. However, most Korean brands make about 50% of their sales in India's existing online marketplaces. And these cosmetics are being purchased by people in their 20s and 30s, the majority of India's population (the average age of India is 29 years old).

They are a generation familiar with using the Internet. They come across to Korean cosmetics from influencers on social media platforms such as Instagram, Facebook, blogs, and Youtube Videos. Or it's a word of mouth on Whatsapp or Twitter. After that, they purchase cosmetics through online shopping malls such as Amazon India, Nykaa, Flipkart, Purplle, and Myntra.

Why are Korean cosmetics popular in India?

There are many reasons, but first, Korean cosmetics made of natural ingredients have greatly appealed to Indian customers. Among them, 'natural products' without animal ingredients, parabens, and chemicals were released to the Indian market, considering the religious beliefs of Indian customers.

Secondly, selling a wide range of products that are hard to find in domestic and foreign brands has drawn attraction of Indian customers. Each individual's skin has different features and there are various types of skin trouble that can occur, and it worked to classify skin types, age groups, and types of skin trouble in detail and release a large number of products that fit them.

Secondly, selling a wide range of products that are hard to find in domestic and foreign brands has attracted Indian consumers. Each individual's skin has different characteristics and there are many different types of trouble that can occur. Indian consumers were fascinated by Korean brands' detailed classification of skin types, age groups, and trouble types, selling products in various categories.

Finally, we can't leave out the influence of K-POP and K-Drama. Korean pop music and Korean dramas are gaining popularity all over the world, and India is also not an exception. In India, the demand for K-POP and K-Drama products used and advertised by actors and actresses is increasing.

According to Euromonitor, the beauty product market in India is estimated to be about $13.7 billion as of 2018 and will grow around 9% annually. While most markets are growing rapidly with a population of 1.3 billion, the cosmetics market in India is one of the fastest growing markets.

Traditionally, Indian customers tend to be price-sensitive and to value cost-effectiveness, and buying cosmetics is also not an exception. However, the recent rapid economic growth and the increase in women's employment have increased the purchasing power of key customers. In addition, there is a tendency to prefer foreign brands in beauty products, which makes Korean companies more promising to enter the Indian market.

For Korean cosmetics, the basic tariff rate of 0% is applied under the CEPA (Korea-India Comprehensive Economic Partnership Agreement) treaty signed in 2010. Details are as follows.

- When CEPA is applied, the tax rate is 0% of the basic tariff rate + 18% of the Integrated Goods and Services Tax (IGST), with a total tariff rate of 18%.

- 20% basic tariff rate + 10% Social Welfare Cess(SWC) Tax + 18% of the Integrated Goods and Services Tax(IGST) when CEPA is not applied.

Under CEPA, even if the IGST is added, it can be more advantageous in terms of price compared to other foreign brands.

Are you considering of entering to the Indian market? In order to export cosmetics to India, it is important to find buyers or distributors who are well aware of local circumstances. Also, in order to sell cosmetics and skincare products in the Indian market, it is essential to obtain CDSCO certification. Our Ekimport team operates two subsidiaries(Aibrid Importers and Distributors Pvt. Ltd., Toflo Fintech Consulting Pvt. Ltd.) in India. So we are well aware of the local situation in India and can help you with the process of obtaining CDSCO certification in India. If you are concerned about exporting Korean cosmetics to India due to unfamiliarity with the market, please feel free to contact us.

To inquire about cosmetics exports to India: https://ekimport.com/contact-us/ 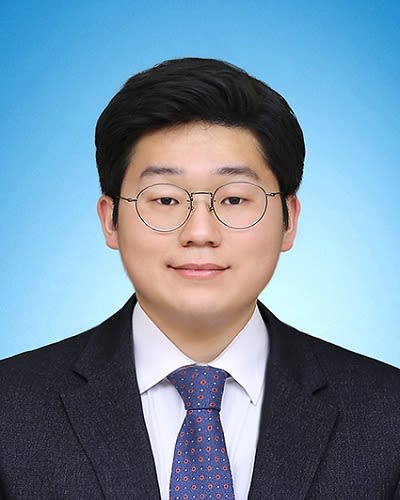 RESOURCES RELATED TO IMPORTING IN your country